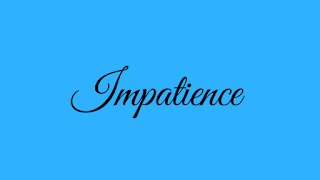 Many years ago, when I lived in Dublin, I met someone nice and started dating. I wasn't serious, I just thought we could have nice interesting discussions about India, which I found absolutely fascinating, as I was working in the Embassy of India back then. I had no intention of getting attached with a foreigner, with all the attendant cultural problems. I was happy living in Ireland and the idea of marriage couldn't have been further from my mind.

We both thought we could just keep things in control. One day, after a lot of emotional turmoil and denial, it hit us both that we were in love. Truly. Madly. Irrevocably. To the point where we couldn't live without each other. I'd known about the Indian system of arranged marriages and when it occurred to me that he would probably be married off by his family as soon as he returned to India, I felt physically ill at the thought. We are both tenacious and patient people. We realised that bringing our two worlds together would not be easy. There is no need to go into why we couldn't get married right away, but it finally happened. By the time we tied the knot in 1994, we had been in a relationship for more than seven years, most of it long distance. 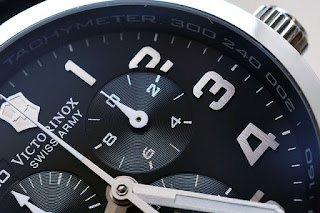 Even now, I find it difficult to believe we held on to the relationship for so long. Bear in mind that this was back in the days when there was no Facebook, no WhatsApp and certainly, no Skype. We got to see each other roughly ever two years at one stage. Sometimes, the letters we sent (I wrote practically daily, he wrote a lot less then that) didn't reach. But somehow, we made it. I'm in a Facebook group of women who are partners in inter-cultural relationships, many of them still in the long distance phase. It's very hard to explain sometimes that when we were at that stage, even a very short phone call was a very big deal.

We finally beat the odds and got married. We now have four kids, two already adults. We've been married over 22 years now. I often wonder how come we lasted so long.

The answer is simple. We were both patient. And we had enough faith in each other. My husband was born and grew up in an India where nothing came without waiting patiently. Even though I grew up in a country which was very different to India, I'd seen some difficulties in my early years and I had also learned that if we want something good to happen, you have to wait and not give up too soon.

I notice a huge difference in our children. They have grown up in an age where almost anything is possible. They have instant photos on the camera and can speak to their Irish relatives at the flick of a button. I can't imagine any of our kids having the patience we had to wait it out as we did when we were waiting to be with each other.

While I feel very proud of the fact that he and I had the patience and the tenacity to wait for each other for seven years, I have to say that the very patience which helped us get together has also let us down in a lot of ways. We started off living in my in-laws' house. Since the very beginning of my marriage, I have dreamed of my family having a home of our own. That never happened until now and maybe never will. My over-protective in-laws didn't want us moving out of the family home. Well, the elders didn't. They were afraid that people would fool me and that I would end up coming to grief in some way. So I learned to keep my thoughts to myself and just make the best of things.

I feel sad that I've never had a home of my own to enjoy. Even a slight difference opinion between my spouse and I and everyone knows about it. The rooms allotted to our side of the family are former common family rooms and right behind the front door of the house. So people, into whose rooms we wouldn't dare trespass even by accident, roam in and out of our section, without a care in the world for our comfort and privacy.

I try not to think too much about this, but when I do,  I really wish I hadn't been so patient and adjusting. Impatience would have worked much better for me in this case.

I have recently resumed blogging with the Loose Bloggers Consortium, a group of bloggers who post on the same topic/prompt every Friday. I'm an old member of this friendly group and delighted to be back. The current blogging members of this group are: Ramana, Chuck and Pravin. Thanks to Pravin for the topic/prompt. Sorry I'm  late with this week's post, guys.