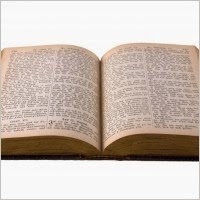 This week's LBC Topic, provided by Shackman, was MY FAVOURITE BOOK (Bible Excluded).

However, it's November right now and for many writers, that means only one thing.  NANOWRIMO or National Novel Writing Month. It is based in the USA and should really be called International Novel Writing Month because people from USA to Ireland and India and back participate.  I wrote a novel a few years ago, THE FESTIVAL OF LIGHTS (unpublished)  and NaNoWriMo helped me get the first 57k words done.  In NANOWRIMO, one undertakes to write a 50k novel in a month.  My novel eventually finished at 82k. My last two NANO attempts sank without trace but I have the manuscripts somewhere and I'll take them down again one day and get them finished.  I never quite made the even 10k words on the last two.

But somehow, on the current one, I'm 'write' on target.  36k words and counting.  I hope I'll have my 50k done by the 30th and if the book needs more words, they'll get done too. Eventually.

I haven't had to work very hard on this because I already have a plot.  It's an historical novel, set back in the ancient Biblical times. It's the love triangle of Abraham, Sarah and Hagar.  Those who have read it will know that Abraham, the Patriarch and ancestor of the Jews and Arabs, was childless and at an advanced age when God promised him offspring as numerous as the grains of  sand in the desert.  As his wife's age was similarly advanced and she was well past the age, the promise looked like someone's idea of a joke.  However, when Abraham was ninety nine and his wife ninety, the promised son finally arrived.  Some will remember, however, that Sarah originally didn't have the patience to wait for her child till she was ninety and I can't say I blame her.  Sarah had an Egyptian maid called Hagar and it was at Sarah's own suggestion that Abraham and Hagar got together and produced a son named Ishmael.  Sarah, the ancestress of the Jews, had plenty of practical wisdom.  However, after Hagar conceived, there was war between her and Sarah.  Sarah had wanted Hagar to simply bear the child and go back to being a servant.  Unfortunately, Hagar was not as obedient and submissive as Sarah originally thought she'd be and the result was a massive quarrel, the implications of which are being witnessed today.  For Sarah is the mother of the Judaeo-Christian community and Hagar is the mother of the Islamic community.  After the birth of Isaac, Hagar and her son were rudely expelled from Abraham's home with just enough bread and water to last them a day.  How's that for cruelty?

The Bible is very scant on details.  I had to trawl the net for related information.  Details on food, dress, etc.  I wanted to know more about Hagar and was amazed to learn that according to the Midrash, the rabbinical writings, Hagar wasn't some upstart servant girl who tried to have one up on her employer.  She was a princess, a daughter of the Egyptian Pharaoh, if the Midrash writings are to be believed.  Also, if you read the Bible carefully, you will see that Hagar had apparitions from angels and messages from God.  She was a saint or a very holy woman.

So how did a daughter of the Pharaoh end up as a slave in a nomadic pastoralists camp?  There's quite a story there and no doubt many apocryphal Biblical writings abound with fantastical details.  But there's another amazing facet to this story.  Abraham lived to a ripe old age, outlived his elderly wife Sarah (who died aged 127) and got remarried a woman named Keturah after Sarah's death. After all the problems having children, he went on to have no less than six sons.  Once his destined son, Isaac, who passed on the holy blessing of God to the next generation had moved on and married, there was absolutely no need to keep the oul' fella alive. So why did the Lord do that?  To keep a promise to Hagar, I suspect.    Many of the rabbinical scholars believe that Keturah is Hagar, now a free, renamed woman and Abraham's legitimate, married, life, not a concubine or a slave wife. And, according to the Bible,  Keturah is the mother of many of the eastern races.  Probably to some of the Indian races too.

Talking about fantastical details.  By the time Keturah gave birth to her first son, Hagar's Ishmael would have been over sixty.  But when God could make a 90 year old woman, Sarah, give birth to a child, who says he can't do that?

Whatever anyone may say, it's a great story and I'm attempting to write it as a novel at the moment.  Probably not very well, but no harm to give it a try. So, with apologies to Shackman, my favourite book is THE WIFE OF ABRAHAM right now.