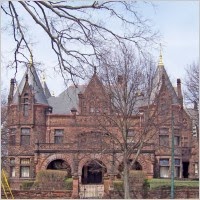 This week's Loose Blogger Consortium post is entitled 'Into the Night', title suggested by Will Knott.  Appropriate for Hallowe'en, the season of ghosts, ghouls and things that go bump in the night...


The thunder crashed and the lightning flashed, illuminating the inside of the deserted house in a ghastly parody of daylight.  In the flash of lightning, the tall, robed figure of a man could be seen standing in the open doorway.  He seemed at first to be hesitant to enter the now deserted dwelling.

He strode inside, and the lightning revealed him to have aristocratic features, hooded eyes which quickly took in his surroundings and the fact that he was dressed in long robes and was in fact, hooded.  Who was he?  From where had he come?

This was one of those houses where the front door brings you straight into the living quarters.  The lightning, when it flashed, revealed a large room with staircases leading off on either side and an exit at the back.  No doubt, in bygone days, it had been a large family residence, with a staff to match.  But things were very different now. Unmaintained and empty, this house was a mere skeleton of its former self.

Lifting his head for a moment, he gave out a menacing laugh which was lost in the next crash of the thunderstorm.  A laugh of triumph?  A bitter laugh of regret?  Who knew?  And whatever it was that he knew, he was not about to reveal it now.

The storm slowly subsided and as it did, the man backed out of the house.  Throwing back one last glance behind and hitching up his cloak for one last time, he did as he'd done years before and walked out into the night..........