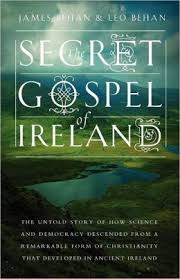 One of the things which some people here in India love to tell me is that: 'your Christianity is only two thousand years old, while our Hinduism is over five thousand years old'.  As if Hinduism, being more ancient, somehow has more legitimacy than the Christian faith.  So the first thing I always say when I hear something like that is that the roots of Christianity reach further back than two thousand years until the beginnings of mankind.  The Old Testament which traces the history of mankind's fall and God's gathering of the Children of Israel to be His people goes back into the mists of time and if age validates religion, then the Judaeo-Christian faith would not be found wanting.  However, I'm not in competition with anyone to prove 'my' faith is better than theirs.  I've heard the message of Jesus Christ and I believe in it.  Amen.

The life and sacrifice of Jesus Christ was the culmination of God's promises to his Chosen People throughout Old Testament times.  When the Saviour was born and made the ultimate Sacrifice, all the promises of the Old Testament were fulfilled.  The first followers of Christ ('Christians' as they became known) were in fact members of the Israelite (Jewish) community.  But that community, as a whole, did not accept Jesus as the promised Messiah (Saviour) even though there are Jewish followers of Jesus today, known as Messianic Jews. The early Christians, being Jewish or Greek converts to Judaism, simply explained the Christian message in terms of the Jewish/Israelite vision, that man disobeyed God and fell from grace.  God made a Covenant with Israel and promised to send a Saviour.  They accepted that message and were absorbed into the early Church, which is the collective term for Christians.  Eventually, Christianity spread its influence and after time,  became the official religion of the Roman Empire.  There were many new followers to the faith but most of these would not understand the Christian message in Jewish terms.  As the message of Christ spread, people, through ignorance of the Scriptures, didn't even properly comprehend the faith, nor what it really meant.  Christianity became just another religion with rules and regulations.  Astonishing, considering the fact that Jesus Christ Himself detested religion with it's trappings of rules, regulations and hypocrisy.  The Word of God was falling on thin soil indeed.    Not to mention the fact that Eastern Christianity and Western Christianity separated from each other.

This book THE SECRET GOSPEL OF IRELAND, traces the history of the Christian faith from its obscure beginnings.  In clear, layman's language, it shows us how an African man named Augustine went from being what Christians would have considered as a sinner to  one of the greatest saints of his time.  He shows us how Augustinian thought shaped Christian theology. I'm afraid I'm not overly impressed by Augustine nor his mother Monica.  My local priest often pointed out my similarity with Monica in the sense that I'm married to a man of another faith and mentioned that thanks to Monica's prayers her husband and son ultimately adopted  Christianity.  I'm appalled by Monica's handling of Augustine's life.  Augustine had a concubine, an African woman who bore him a son.  That woman followed him faithfully from Africa to Italy.  Yet Monica cruelly dismissed her from Augustine's life.  Augustine, who was of quite a mature age, sadly bade his concubine goodbye, keeping their son with him and agreed to marry a young girl his mother had chosen, who was yet not old enough to marry.  I find St. Monica's behaviour most inhuman and unChristian.  Ultimately, Augutine didn't marry the young lady, choosing to become a priest instead.  As the body of  theological knowledge grew, the Christian faith spread to beyond the borders of the Roman Empire.  That's where Ireland comes in.

When St. Patrick brought Christianity to the remote island of  Ireland, Ireland adopted a great monastic tradition, which had actually spread that far from the Egyptian desert.  The Irish monasteries were universities of knowledge and the Irish took to Christianity and learning like ducks take to water.  Ireland's location on the remote outskirts of Europe may have cut it off from mainland Europe, but their Christianity, their knowledge of Augustine's theology and their Latin was infinitely superior even to that of Rome.  In time Irish missionaries were going out to Europe, spreading Christianity throughout the continent.  Apparently, one of the great contributions of Irih monks  to Christianity was their emphasis on penance and good works to bring one closer to God.  The Irish stood out among European Christians because their tonsure was distinctive and different.  Also, they celebrated Easter at different times, which was later brought into line with that of the Roman Church.

This book is basically a short history of Christianity, from its inception to the present day, with special emphasis on the role the Irish monks played in the Church as a whole.  The language is accessible and iteh book reads like a rather interesting article - you don't feel you're reading a book at all.  One of the things I found slightly irritating was that it kept on referring to the Church  in pre-Reformation days as 'the Roman Catholic Church', which it wasn't, well not yet anyway. It tells us of St. Thomas Aquinas and Erasmus and their role in shaping Catholic thought.  It gives a clear account of how Martin Luther began a crusade against the abuses of the system of selling indulgences and ended up leading the Reformation in western Christianity.  This story doesn't have a lot to do with Ireland, but it makes enjoyable reading.  Ireland has always had a symbiotic relationship with the Romanc Catholic Church, a relationship which has, incidentally, shaped our national identity in many ways, although that statement may not please the minority community of Irish Protestants.  Ireland is currently trying to escape it's Catholic identity, it seems.  The words 'Ireland is a Catholic country' resounded around the world recently and almost convicted us of bigotry and racial discrimination, even though the words were a well meant way to describe why Ireland in general has always followed the pro-life ethos.

It started as a vision of heaven, infinite and eternal, in the mind of an African bishop who didn't know peace until he rested in God.  Soon, however, the Word became flesh as  the monks of Ireland endeavored to imitate Christ in body and mind.  They built monasteries and schools and hospitals.  They cared for the sick, comforted the poor, and educated countless generations.  They did penance and followed Christ from earth to heaven, bringing forth an esthetic transformation of the Western mind that changed the world.  They built a civilization like the sculptor who toils in silence to give voice to a stone.  We wear their legacy like a halo.  And even if many people today don't believe in God or Jesus Christ, we are free because they did.

Somewhere the Irish monks are smiling.