By Maria October 23, 2009
A hero is someone who goes all out for others on some level. The late Stephen Gately, the co-lead singer of the pop group Boyzone, seems, by all accounts, to have been quite a hero, not only for the gay community, but for the community in general. Why? Because he ‘came out’ as a homosexual at a time when it wasn’t considered very safe to do so. Being a lead singer in a band which had a largely female following, his ‘coming out’ could have spelt professional death for him. But as we all know, it didn’t. The emotional funeral which bade him farewell last Saturday (17th October 2009)in Dublin is a testament to the popularity of the man, and the adoration, even reverence with which he is held. Ronan Keating, his fellow band member, even stated that he was going to “pray for his guidance” with future endeavours. That’s quite a compliment. When an English columnist suggested that there was something not quite savoury about Gately’s death, she was silenced in a ferocious Twitter campaign. I saw some of the ‘’tweets’ and was stunned at the ferocity of language and emotion. All I could think was ‘if words could kill’. I hope that woman is stll alive. Talk about death by Twitter! I’m sure that if Jan Moir had realized that she was criticizing someone so highly revered and esteemed, she would have kept her pen – or her keyboard – in check. Generally speaking, people don’t like having their heroes questioned. 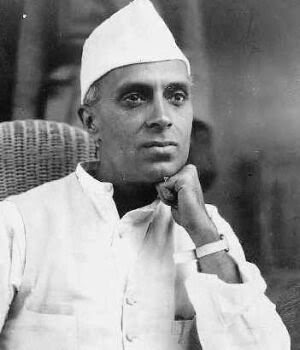 Pandit Jawaharlal Nehru
In India, on Independence Day, the heroes of the freedom struggle are celebrated and remembered. People like Pandit Jawaharlal Nehru and Mahatma Gandhi and countless others, who devoted their lives to winning freedom from foreign rule for India. On Republic Day, the 26th January, modern heroes are honoured. Here in southern Asia, there are many political pressures. There are tensions with neighbouring countries over various matters. Maintaining good relationships with neighbours is of the utmost importance, yet there are certain matters on which no country can compromise. India also faces the peculiar threat of terrorism from within the country as well as outside it. The Indian Army has to step in in many situations to protect the country from it’s enemies, both within and without. Ten years ago, a young Army officer, Lieutenant. Manoj Pandey, was killed while defending India’s border from an incursion. His story really is an amazing one. He was born in a very respectable family which was sadly very poor. Through hard work and sincerity, he passed out of school and became an army officer. This proves that in order to come up in life, it is not always necessary to come from a wealthy family, as many seem to think. The story of his death is one of incredible bravery. He fought fearlessly for his country to his last breath and when his body came home to Gomtinagar where I live, in Lucknow, to his parents home, people came out in their thousands to pay their respects. Lt. Pandey is a real hero for the people of Lucknow, and Gomtinagar in particular. At a crossroads near his parents home, there is a huge statue of the brave officer facing the enemy. I honestly have to say that I get a lump in my throat whenever I see that statue. It is nice that Lt. Pandey’s sacrifice has been remembered and that everyone recognizes what he did.

Some heroes, however, are unsung. One day, about eight years ago, I remember reading in the newspaper as I was putting my then baby, Trisha, to sleep, that a certain officer, Major Samir-ul-Islam, had made the ultimate sacrifice in a struggle with terrorists from within the country. His body, too, had come back to Gomtinagar but the reception he received was nothing like the huge reception that Lt. Pandey had received. That made me sad. I read that he left behind a wife, a son and a daughter, the daughter being only a year old. I remarked on this to Yash and he agreed that it was very sad indeed. We both felt that probably because of all the problems facing the country, that the deaths of army personnel had become rather common and probably people were not taking the time to acknowledge them anymore.

There is a little twist to this story. Some six years later, my daughter Trisha had to attend the birthday party of a friend in a restaurant in the city centre. Yash and I dropped her off and, as it was a Saturday evening, I attended Mass in the Catholic Church nearby. After Mass, Yash met me and we went to the restaurant to pick up Trish. It wasn’t quite over – the children still had to finish their food. So the little girl’s mother asked us to wait for just a few minutes. I noticed that there was no father present, and wondered about that. I also realized that the family was Muslim – then the girl’s paternal grandmother mentioned to Yash, in Hindi, that her son, the little girl’s father was a “shaheed” (martyr). Then it clicked into place in my brain – this family – surnamed ‘Islam’ – was the family of the heroic Major Samir-ul-Islam, about whom I’d read in the newspaper six years before.

What is remarkable about this family is that they belong to the Muslim community, which is a minority community in India. Now India is a country in which all communities co-exist peacefully. But sometimes for some reason, some destructive elements try to point out that minority communities lack loyalty. Well, here is a minority family which has sacrificed a son, a husband, a brother and a father for the cause of the country. This is the proof that India is a country of many communities and religions. 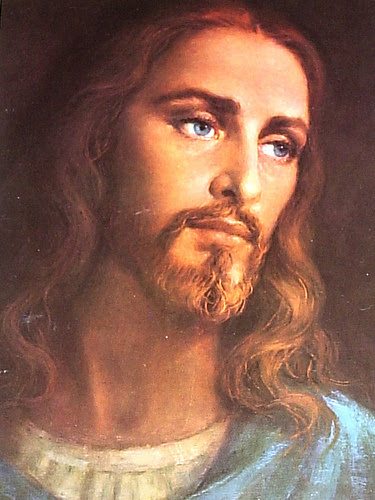 For me, the greatest Hero of all time is Jesus Christ, the Son of the Living God. God made the world and handed it over to mankind. Mankind handed it over the the Evil One, who actually legally rules the world. This is why there is so much poverty, disease and disasters. God wanted His creation back – the planet Earth and his greatest creation, mankind. However, He wanted to do it legally. God obeys laws. In order to atone for the sins of mankind, a perfect man, sinless and pure, had to be sacrificed. In order to bring this about, God sent His own Son into the world, born as a Man. When that Man was executed by the Roman administration by the crucifixion method, the demand for the sacrifice of a perfect human being was perfectly fulfilled. Now the sins are atoned for and Man can have a perfect relationship with God again if he wants that. And the Evil One? His days are numbered. His lease here is expiring. He is trying to inflict maximum damage before his time is up. So we should never fear, but have complete trust in God in all circumstances. For me, Christ is heroic because He came into the world knowing He would have to suffer. He did it to save us and defeat our enemy. It is as if you plant a seed and gain a great crop. God planted the seed of His only Son so that He could get many more sons and daughters for Himself. He got back His Son, and many more also.

This is my weekly post as a member of the Loose Bloggers Consortium, an informal group of bloggers who post on a given topic each Friday, each one giving the same topic their own individual treatment. The group consists of (in alphabetical order) Ashok (should studies permit), Conrad, me gaelikaa, Grannymar, Helen, Judy, Magpie 11, Maria, Marianna and Rummuser, or Ramanaji, as I call him. This week, our new member Helen is posting with us for the first time. Members hail from places as diverse as the UK, the USA, Ireland, India and Canada. So we all have our own unique vantage point. If you have time, please take a look at the posts of the other group members too see our different takes on the same topic!